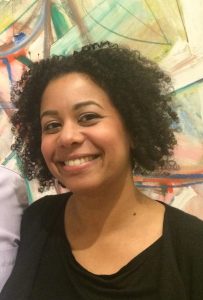 Professor Nurhussein’s first book, Rhetorics of Literacy: The Cultivation of American Dialect Poetry examines late nineteenth- and early twentieth-century dialect poetry in the United States, challenging standard readings of literary dialect as a deformation of written speech, on the one hand, or as a perfectly accurate representation of oral speech, on the other.  Nurhussein foregrounds the visual craft of dialect poetry, highlighting experimentation with orthography and punctuation; she argues that dialect poetry directs the reader to recall the process of learning to read, collapsing assumptions of socioeconomic distance between poem and reader.

Professor Nurhussein’s current book project focuses on the literary presence of Ethiopia in America over three centuries. To be called Abyssinia’s Power: Imperial Ethiopianism and African American Literature, the project emphasizes the political importance of African politics to 20th century African American literature, and takes an innovative approach to her subject matter, focusing not only on literary writing, but on discussion of Ethiopia in the Black press. We are thrilled to have her on our faculty!