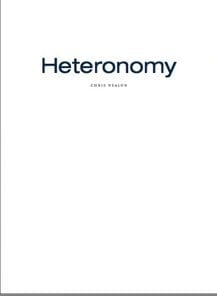 Professor Chris Nealon’s Heteronomy is built out of five long poems, including The Dial. Together they form an overlapping set of mediations on love and friendship and political life. Taking inspiration from a long poetic tradition of self-referential frame devices, Nealon wrote the poems so that each refers to the others, and each is built out of poems within poems—like late-capitalist medieval dream visions in which the poet describes writing a poem, or wishes he were writing, or finds himself startled awake. What’s the poem, and what’s the frame?

It’s hard to say—and perhaps because of that, these poems find in the figure of the poet an image of embarrassing self-inflation and comic limitation. They are dedicated to everyone who’s felt that way.