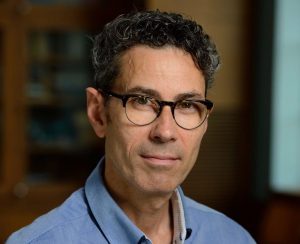 The English department is delighted to welcome Bloomberg Distinguished Professor Christopher Cannon to Johns Hopkins. Christopher Cannon works on medieval literature and, in particular, the emergence of ‘English literature’ as a meaningful category.  He has traced that emergence conceptually (in the intellectual contexts in which it developed), philologically (in the history of English) and, comparatively (as Latin learning produced a ‘grammatical’ English and its poetics).

He is general co-editor of Oxford Studies in Medieval Literature and Culture (a monograph series) and of the Oxford Chaucer (an edition in progress of all of Chaucer’s writing).  He has held a Guggenheim Foundation Fellowship and has received the William Riley Parker Prize from the MLA (2014). He comes to Johns Hopkins in 2017 after teaching at NYU, Cambridge, Oxford and UCLA.