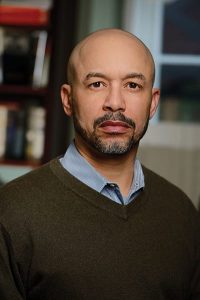 The Department of English is proud to announce Professor Lawrence Jackson has been named along with Professor Matthew Porterfield 2019 Guggenheim Fellows, a prestigious distinction that recognizes achievements and exceptional promise. They are among a group of 168 scholars, artists, and writers selected from nearly 3,000 applicants.

Since its founding, the Guggenheim Foundation has granted more than $360 million in fellowships to more than 18,000 individuals.