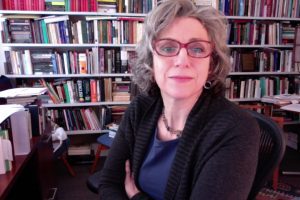 The committee has agreed to award the prize for the best essay published in the Journal of the History of Ideas in 2020 to Sharon Achinstein, “Hugo Grotius and Marriage’s Global Past: Conjugal Thinking in Early Modern Political Thought” (vol. 81, no. 2, pp. 195–215). In an extensive examination of the Dutch early modern political theorist, Hugo Grotius, Achinstein traces how the “gendered logic” of marriage, which positioned wives under the guardianship or tutelage of their husbands, extends to political theory and theories of the state. In stunning detail, Achinstein describes how the power dynamics of marriage structure secular political dichotomies; among them, marriage explains unequal relations in contracts, the right of resistance, for example, and more abstract questions of freedom and autonomy. As Grotius’s work had considerable influence on international law, Achinstein provides an impressive discussion of the manner in which conjugal power dynamics structure the framework for colonial law.