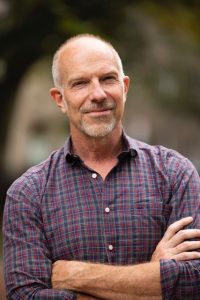 Professor Christopher Nealon will be releasing two new books for publication in 2022: a collection of poetics essays from Brill Publishers called “Infinity for Marxists: Essays on Poetry and Capital,” alongside a collection from Cambridge University Press in which Professor Nealon co-edited with Colleen Lye of UC Berkeley’s Department of English, called “After Marx: Literature, Theory, and Value.”

“After Marx: Literature, Theory, and Value” demonstrates the importance of Marxist literary and cultural criticism for an era of intersectional politics and economic decline. The volume includes fresh approaches to reading poetry, fiction, film, and drama, from Shakespeare to contemporary literature, and shows how Marxist literary criticism improves our understanding of racial capitalism, feminist politics, colonialism, deindustrialization, high-tech labor, ecological crisis, and other issues. A key innovation of the volume’s essays is how they attend to Marx’s theory of value. For Marx, capitalist value demands a range of different kinds of labor as well as unemployment. This book shows the importance of Marxist approaches to literature that reach beyond simply demonstrating the revolutionary potential or the political consciousness of a nineteenth- century-style industrial working class. After Marx makes an argument for the twenty-first-century interconnectedness of widely different literary genres and far-flung political struggles.