Christopher Cannon works on medieval literature and, in particular, the emergence of 'English literature' as a meaningful category. He has traced that emergence conceptually (in the intellectual contexts in which it developed), philologically (in the history of English) and, comparatively (as Latin learning produced a 'grammatical' English and its poetics).

He is general co-editor of Oxford Studies in Medieval Literature and Culture (a monograph series) and of the Oxford Chaucer (an edition in progress of all of Chaucer's writing). He has held a Guggenheim Foundation Fellowship and has received the William Riley Parker Prize from the MLA (2014). He came to Johns Hopkins in 2017 after teaching at NYU, Cambridge, Oxford and UCLA. 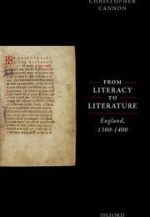 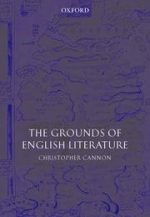 The Grounds of English Literature 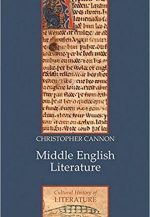 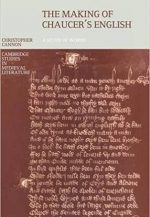 The Making of Chaucer’s English: A Study of Words

The Sensorium of Reading is a KSAS interdisciplinary seminar at Johns Hopkins University that seeks to understand reading as it draws upon and is shaped by mind and matter alike, within the sensorium of eyes, ears, hands, fingers, tongues, throats, necks, backs and brains. We study reading enabled (and sometimes impeded) by light, air, wind, wood, stone, glass, paper, skin and an ever-expanding array of interfaces, including the ways that texts can be sounded and heard, can be touched and can touch us.