Drew Daniel studied philosophy at the University of California at Berkeley, and then attended Brasenose College, Oxford University on a Marshall scholarship, where he received a second B.A. in English literature.

He returned to Berkeley and entered the graduate program in English, writing a dissertation entitled " 'I Know Not Why I Am So Sad': Melancholy and Knowledge in Early Modern English Portraiture, Drama, and Prose". He was awarded his Ph.D. in the spring of 2007.

In addition to artist's talks, colloquia, and seminars at the Tate Modern, CalArts, UVA, Princeton and Harvard, he has taught courses in Renaissance literature, critical theory and aesthetics at UC Berkeley and the San Francisco Art Institute before joining the faculty at Hopkins. He is also one half of the electronic duo Matmos.

He recently had a book come out in 2022 from University of Chicago Press, Joy of the Worm: Suicide and Pleasure in Early Modern English Literature.

“The Song Remains the Same: Ragnar Kjartansson and the Quality of Quantity”, Parkett, 94, 2014.

“What is a Digital Sound Object?”, O-Zone: A Journal of Object Oriented Studies, Issue 1: Object/Ecology, Spring 2014. 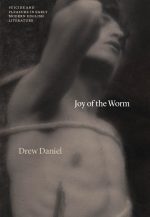 Joy of the Worm: Suicide and Pleasure in Early Modern English Literature 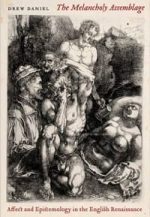 The Melancholy Assemblage: Affect and Epistemology in the English Renaissance 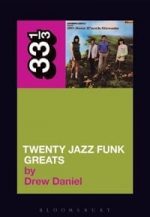