Jared Hickman works on the phenomenological history of the global space opened up by early modern European expansion into the Americas and beyond. He is the author of Black Prometheus: Race and Radicalism in the Age of Atlantic Slavery (Oxford University Press, 2016), a study that charts the modern revival and reinvention of the ancient titan across genres (from slave narrative to high Romantic poetry to Marx's dissertation) and geographies (U.S., Cuba, Brazil, Britain, the Caucasus, and more)  and in so doing attempts to map the racialized cosmos of global modernity. He is also the co-editor of two essay collections (with Martha Schoolman) Abolitionist Places (Routledge, 2013) and (with Elizabeth Fenton) Americanist Approaches to The Book of Mormon (Oxford University Press, forthcoming) and has published articles in American Literature, Early American Literature, Nineteenth-Century Literature, PMLA, and other venues. He is currently at work on a book tentatively entitled The Romance: An Indigenous History, which considers the romance not so much as an especially durable and malleable literary genre or mode but rather a ritual complex related to settler colonialism—from Anglo-Saxons and Normans in Britain and Ireland in the twelfth century to their descendants in North America and the Pacific in the nineteenth.

Americanist Approaches to The Book of Mormon by Prof. Jared Hickman in Publication 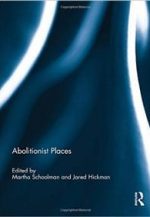