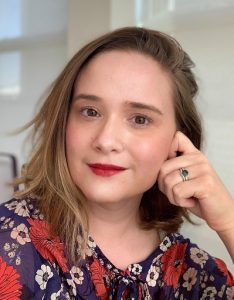 Associate Professor Jeanne-Marie Jackson has been named to the 2021 class of Andrew Carnegie Fellows. Each fellow receives $200,000 to fund significant research and writing in the social sciences and humanities that addresses important and enduring issues confronting our society. Read the full article on the Hub.

Her project, “J. E. Casely Hayford and the Legacy of Gold Coast Sovereignty,” looks toward two closely linked projects on the 19th-century Gold Coast Fante writer and statesman J. E. Casely Hayford. The first is an intellectual biography that weaves together the eclectic political, theological, and literary influences on and of his written work, and the second is a new annotated edition of the first African novel written in English, Hayford’s 1911 opus, Ethiopia Unbound.

The Corporation launched the Andrew Carnegie Fellows Program in 2015. The Andrew Carnegie Fellows Program has funded a total of 216 scholars, journalists, and authors, representing an investment of $43.2 million. It focuses on subjects such as U.S. democracy, the environment, technological and cultural evolution, and international relations. The criteria prioritize the originality and promise of the research, its potential impact on the field, and the scholar’s plans for communicating the findings to a broad audience.