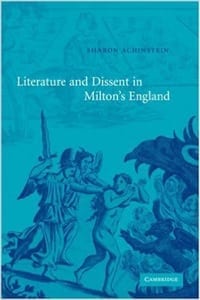 The England of John Milton’s great poems was the England of Dissenters, those who refused to join the state church after the return of monarchy in 1660 and were seen as dangerous outcasts and rebels. Sharon Achinstein reveals how a literary tradition of dissent was produced by those who suffered political defeat and religious exclusion in Restoration England. Disclosing a range of writing that has been largely and unjustly neglected, this important study is of interest to Milton scholars and seventeenth-century literary and religious historians.