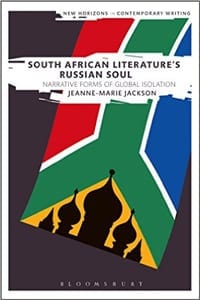 How do great moments in literary traditions arise from times of intense social and political upheaval? South African Literature’s Russian Soul charts the interplay of narrative innovation and political isolation in two of the world’s most renowned non-European literatures. In this book, Jeanne-Marie Jackson demonstrates how Russian writing’s “Golden Age” in the troubled nineteenth-century has served as a model for South African writers both during and after apartheid. Exploring these two isolated literary cultures alongside each other, the book challenges the limits of “global” methodologies in contemporary literary studies and outdated models of center-periphery relations to argue for a more locally involved scale of literary enquiry with more truly global horizons.