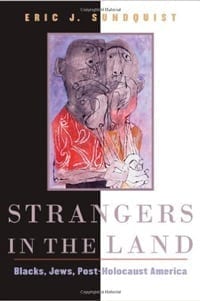 In a culture deeply divided along ethnic lines, the idea that the relationship between blacks and Jews was once thought special–indeed, critical to the cause of civil rights–might seem strange. Yet the importance of blacks for Jews and Jews for blacks in conceiving of themselves as Americans, when both remained outsiders to the privileges of full citizenship, is a matter of voluminous but perplexing record. It is this record, written across the annals of American history and literature, culture and society, that Eric Sundquist investigates. A monumental work of literary criticism and cultural history, Strangers in the Land draws upon politics, sociology, law, religion, and popular culture to illuminate a vital, highly conflicted interethnic partnership over the course of a century.